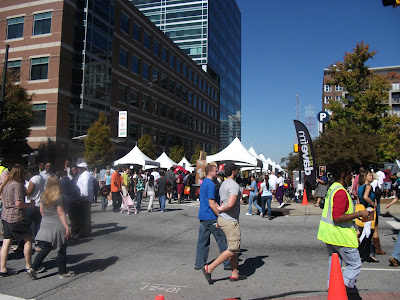 Blessed with a rare Saturday off, I was one of many who flocked to Tech Square for the annual Taste of Atlanta festival this weekend.  This was my first time experiencing the food fest since it moved to its current location and I had a great time.  I've never been much for huge crowds, but I was able to maneuver through the sea of festival attendees fairly easily.

I decided at the last minute to "splurge" on a VIP ticket.  Although I missed out on the VIP swag bags (that's what I get for running late), I did enjoy some of the other perks.   Always up for a tasty cocktail, I sampled a mojito made with VeeV Acai Spirit that was absolutely fantastic. Also under the VIP tent was one of my favorite "tastes" at the event: a coconut panna cotta with Malibu rum, mango gelee and caramelized pineapple salsa served by Paces 88 American Bistro (so good that I have to admit to having a second "helping"). 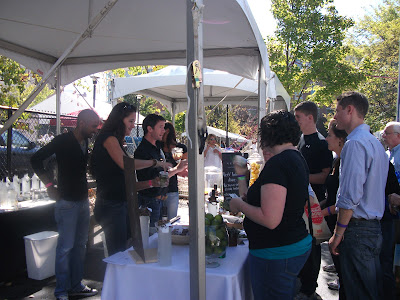 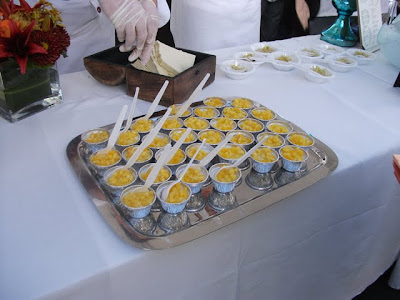 I also attended one of the Inside The Food Studio sessions, a new addition to this year's Taste of Atlanta fest.  My session (Southern Food Traditions: A New Take On The Old South) featured Chef Marie Nygren of The Farmhouse At Serenbe and Chef Hugh Acheson of Empire State South. 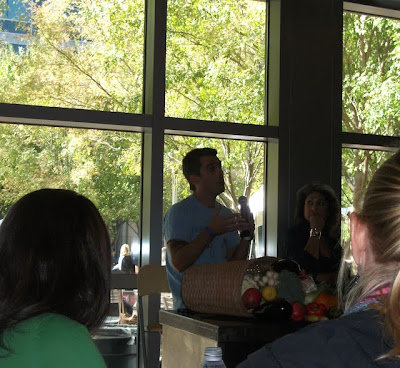 It was a lively discussion and Q&A session in which  the chefs offered tips on obtaining the best seasonal produce as well as pointers on cooking light and tasty versions of Southern specialties.  We sampled Chef Marie's tasty collards along with the most perfect Italian flat beans with gremolata.   I fell in love Chef Acheson's offering:  a chiffonade of turnip greens and thinly sliced baby turnips lightly tossed in a wonderful vinaigrette.  I had never had turnip greens prepared in that way, and they were so good.  My only complaint is that I wish I could have had more of them!  I doubt I'll be able to duplicate Chef Acheson's recipe, but I'm going to attempt to make a reasonable facsimile. 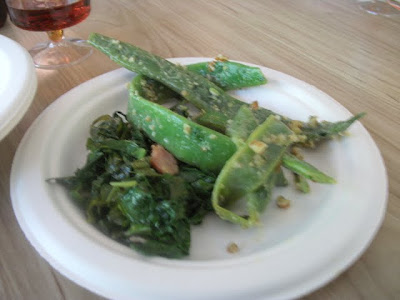 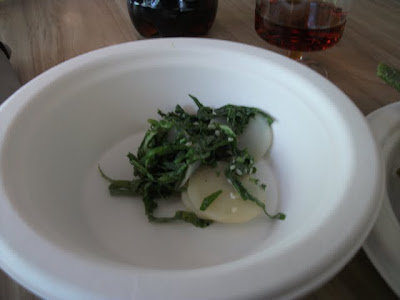 After the session, I made my way to the festival main stage to watch top chef Kevin Gillespie's cooking demo.   Kevin was the main reason I decided to attend on Saturday, and he did not disappoint.   A man after my own heart, Chef Kevin prepared a pork schnitzel dish which involved lots of pork fat and butter.  Oh, how I wish I could have been one of the lucky tasters!  I must get to Woodfire Grill soon.

I really don't have much of a sweet tooth, but I surprised myself by how many desserts and treats I sampled on Saturday.  Among my faves: the red velvet and pumpkin mini cupcakes from Highland Bakery, the ridiculously good Black Bottom Cupcake from West Egg Cafe, and a delicious Brazilian passion fruit mousse from Mina's Emporium.  The sweet treat I loved most was the organic pumpkin ice cream from Five Seasons Westside, so refreshing on a warm Saturday afternoon.

Kudos to everyone involved with this year's Taste of Atlanta event.  I'm already looking forward to next year!

Posted by hopeless foodie at 11:46 PM