A few weeks ago I took a (very) brief weekend trip down to the Mississippi Gulf Coast area.  One of my planned stops was a side trip to New Orleans (my first visit in well over seven years). I had originally planned a trip down to N.O. back in January but I decided to postpone it.  At the time I was going 'meatless' for the month of January (something I do at the beginning of every new year). There was no way I was going to New Orleans under any dietary restrictions!  My plan was to eat whatever I wanted without a care about sugar, carbs, fat, or calories before buckling down and staying focused on my diet. 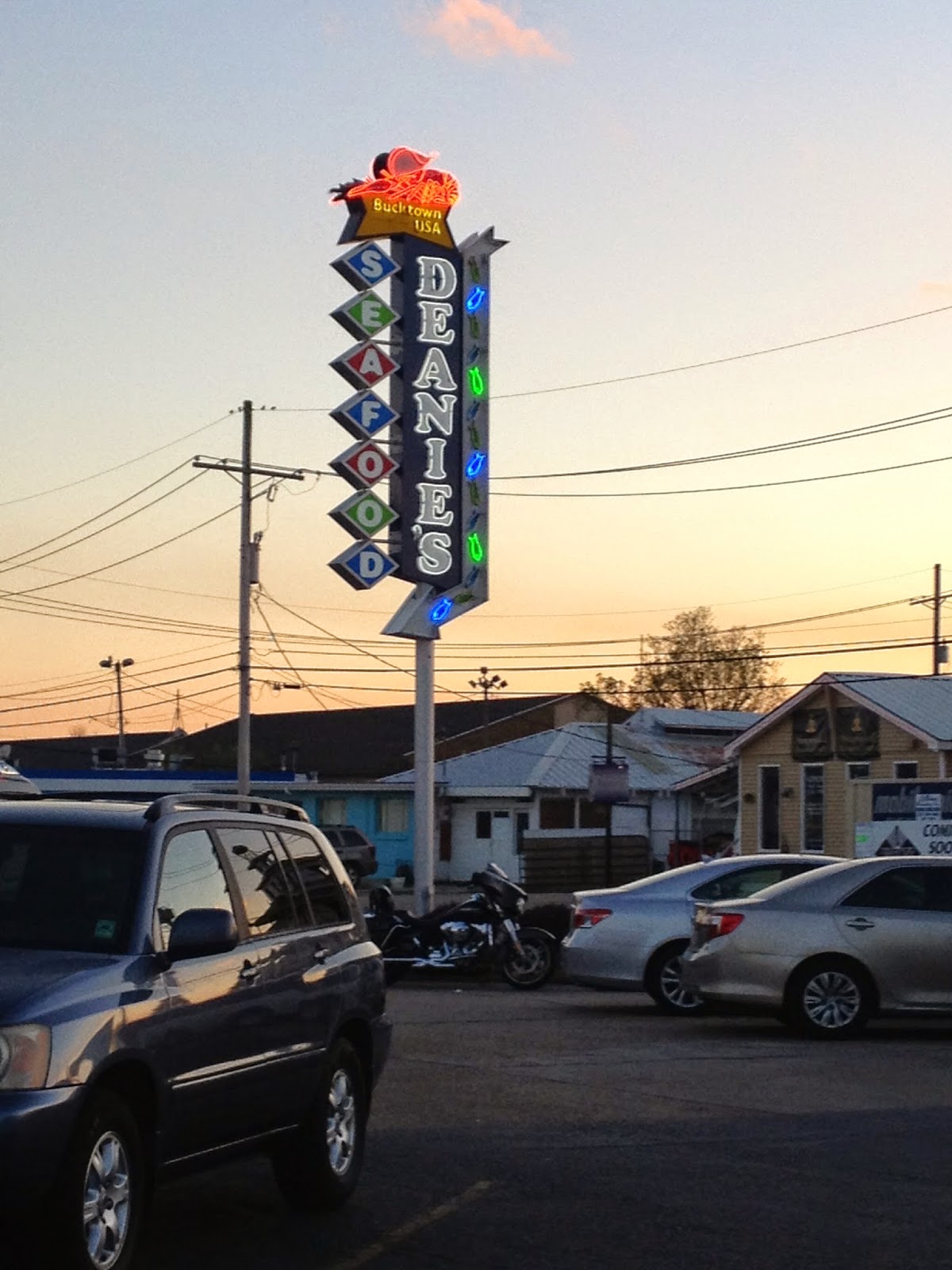 I decided not to venture to the French Quarter this time (I didn't have much time and to be honest I wasn't in the mood to go). I wanted to check out a couple of spots outside of the downtown area. After checking into my hotel in Biloxi I made the one hour drive to Metairie to visit Deanie's Seafood. Because I arrived later than I'd planned I didn't stay for a meal in the restaurant (it was Sunday evening and the place was packed). One of my missions on this trip was to load up on fresh shrimp to take home so I picked up a couple of pounds at the adjacent seafood market along with some remoulade sauce, crawfish etoufee, crab stuffing and a pound of boiled shrimp. My first regret: I didn't try the boiled shrimp until after I had arrived back home. If I had known how good these shrimp were I would have loaded up! These shrimp were perfectly cooked and the seasoning was spot on; the best boiled shrimp I've had in a while and certainly worth the drive. The other items were just as good and the service was friendly. 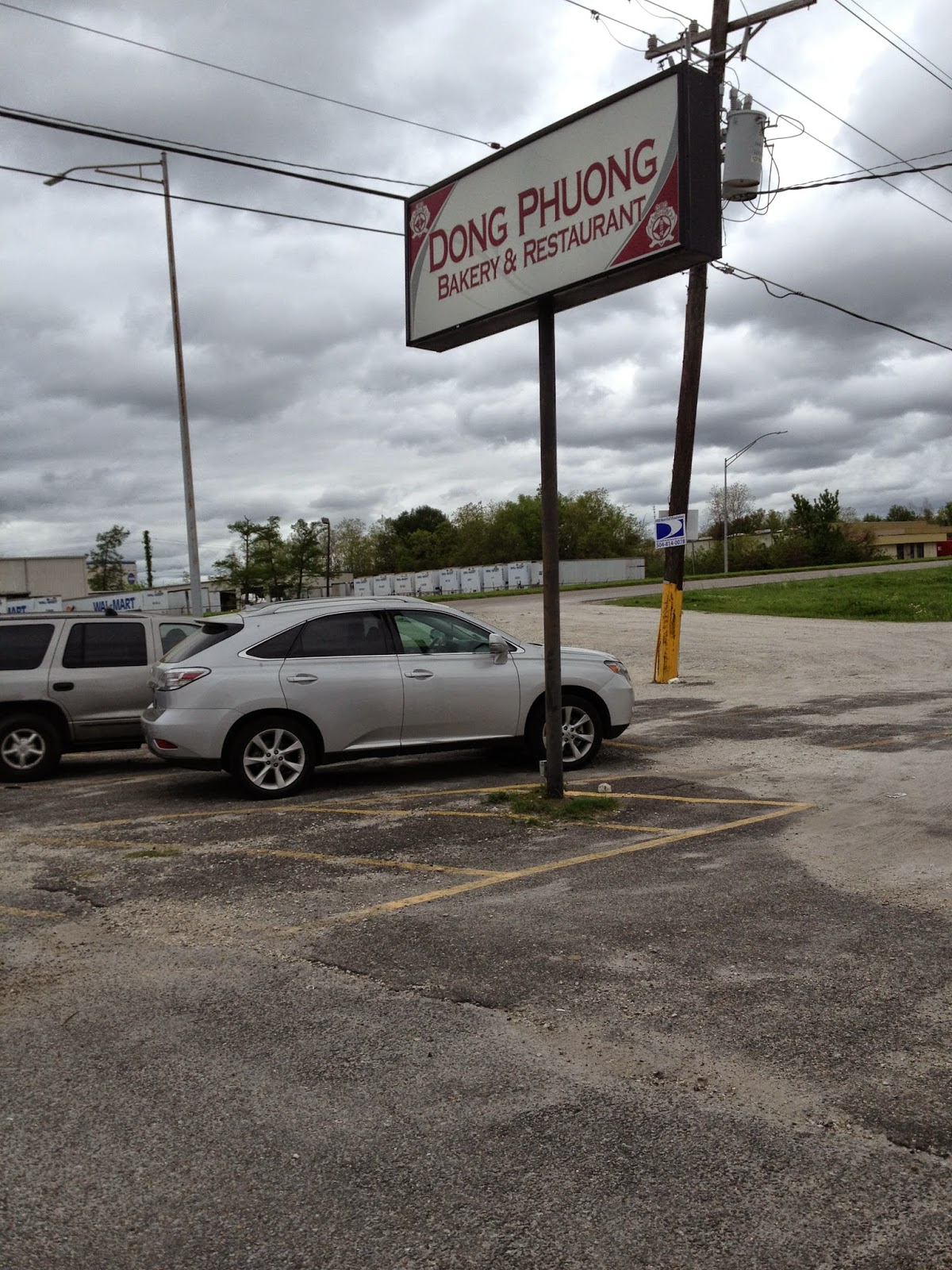 The following morning I headed to New Orleans East to visit Dong Phuong Bakery before making the drive back to Atlanta. This place had been on my 'to-do' list not only for the banh mi but for the assorted baked goods as well. The Vietnamese sausage banh mi I tried did not disappoint. Even though they have several banh mi options I have yet to sample I'm confident that this particular sandwich will be the one I always order on subsequent visits. Regret #2: I didn't load up on Banh Mi/Po Boy rolls to take home with me.  The bread was crusty on the outside with a light, airy interior; the homemade sausage, aioli and pickled veggies combined to make a great banh mi.  I also sampled the grilled pork (which was pretty good) and the toasted shrimp patty banh mi (just 'OK').   I couldn't help but compare them to the banh mi at my favorite local spot here in Atlanta (Quoc Huong). I think I prefer Dong Phuong's rolls and prefer Quoc Huong's veggies and aioli (they put just the right amount of both on each sandwich).  You really can't go wrong at either place.
I couldn't leave without picking up some baked goodies to take home. I had to try the Pate Chaud (Pate So); I opted for the char-siu pork and pork & onion. They were quite rich but very tasty and a bargain at $1.50 each. I also picked up a package of sweet little pandan flavored rice cakes and a pineapple cake bar which I loved. I wish I had time to have lunch in the adjacent restaurant but I was behind schedule and had to head home to Georgia. I will definitely make time to dine in on my next visit. 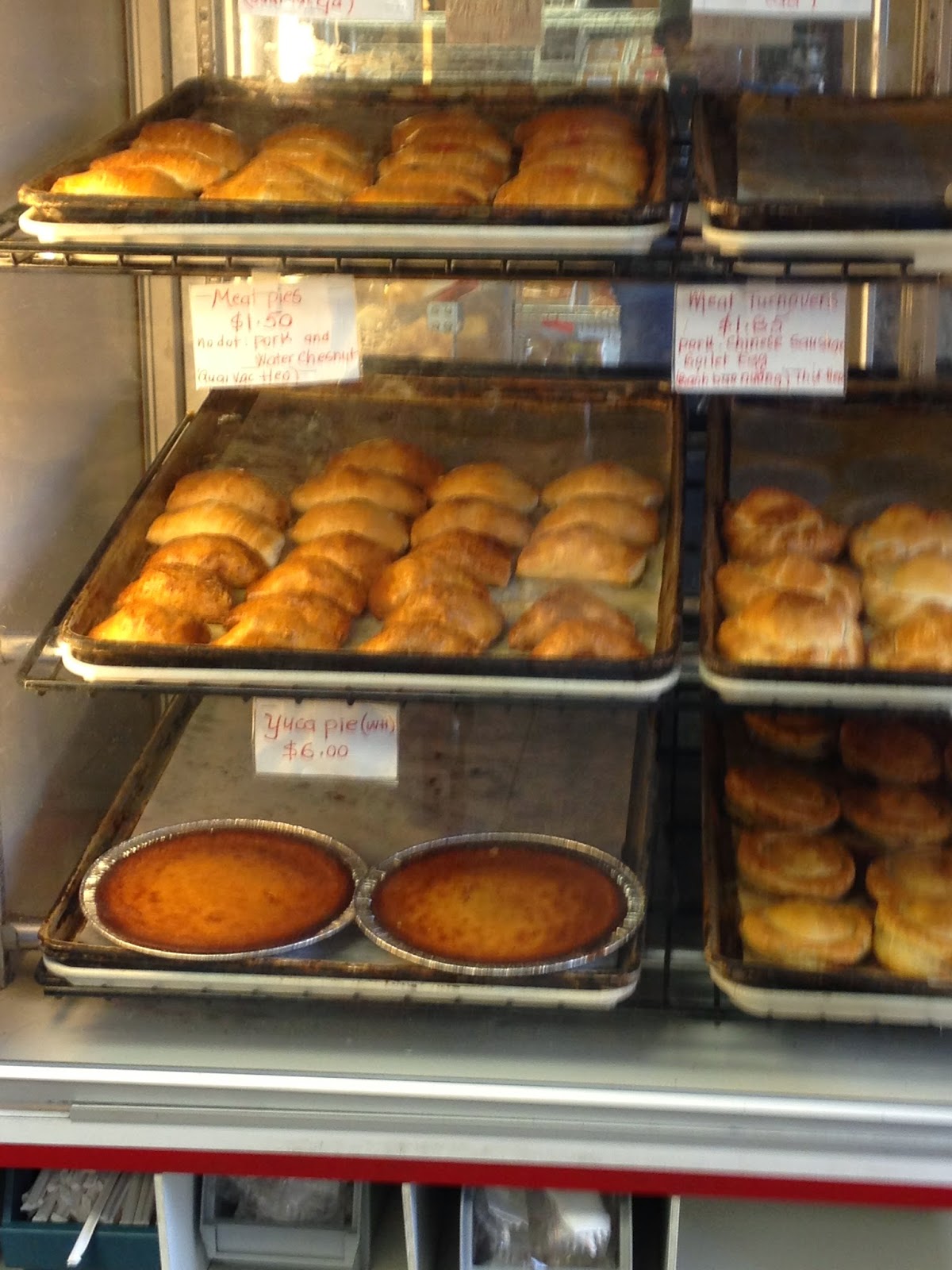 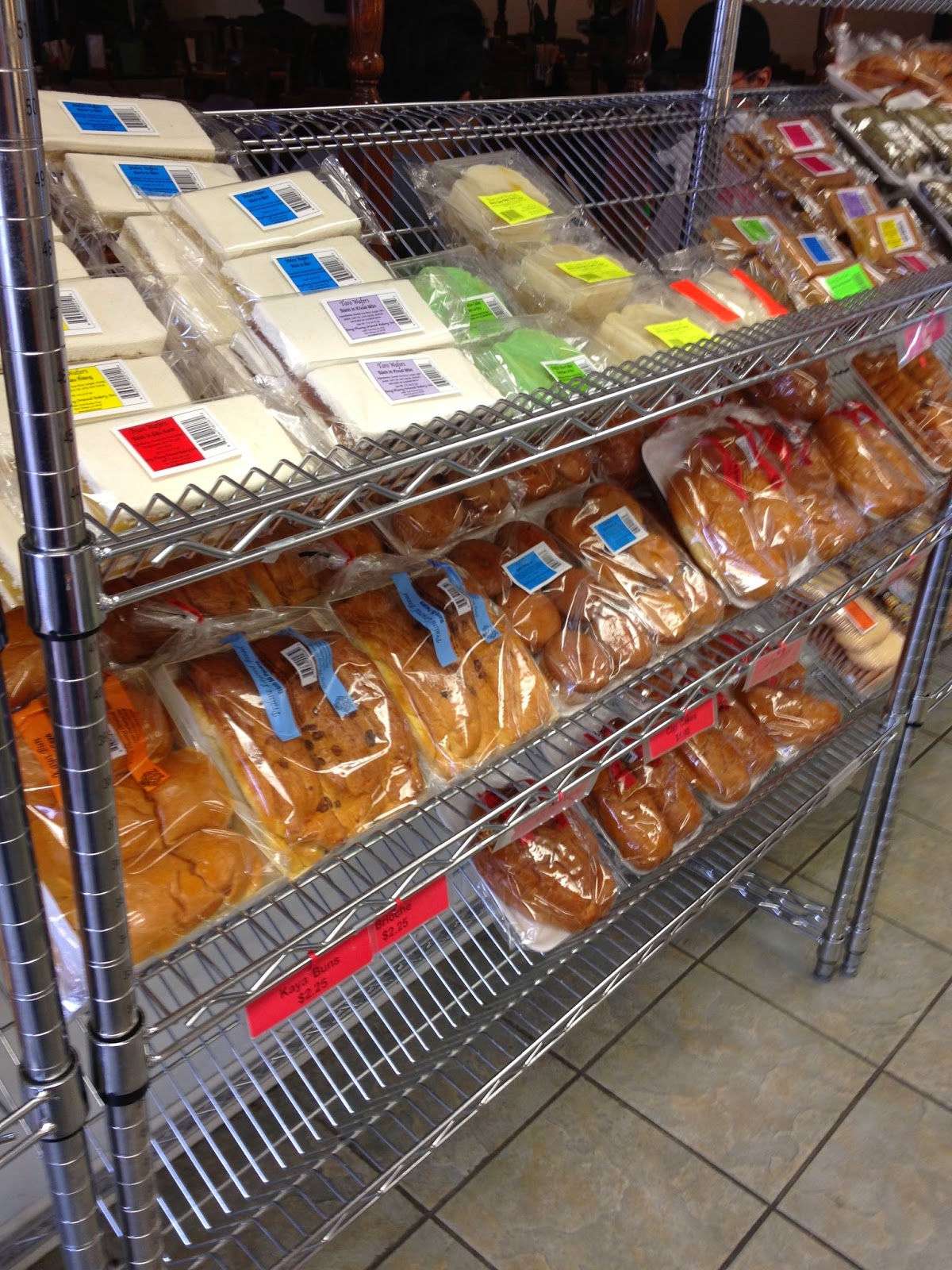 Before I sign off I have to give a quick plug to Desportes & Sons Seafood Market & Deli in Biloxi, MS. I stopped by to load up my cooler with more shrimp before heading to Dong Phuong. I picked up about three pounds of fresh large head-on shrimp for around $25. The nice young man behind the counter was even kind enough to give me a nice large bag of extra ice for my cooler. If you're ever in the Biloxi area and looking for reasonably priced fresh seafood to take home this is the place to go.  They also serve lunch in their restaurant Tuesday-Saturday. I polished off the last of my shrimp haul during my birthday weekend and they were such a treat.

Posted by hopeless foodie at 1:30 PM