Time To Make The Sufganiyot... 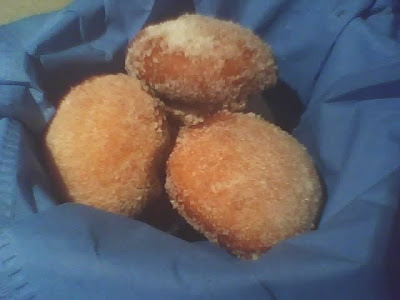 The holiday season is upon us!  With Hanukkah beginning this Friday evening, here's a post devoted to sufganiyot, a traditional holiday treat.  These filled doughnuts are a staple of Israeli Hanukkah celebrations.  Since this was my first attempt at making sufganiyot, I did a bit of research in order to find a recipe I could work with.  After some trial and error, I finally settled on a recipe and method that produced some pretty good results.  It is based on a recipe I found on bhg.com (which I tweaked just a bit).

2 tbsp melted butter (for a non-dairy version, use margarine or cooking oil)

A pinch of salt

1/4 cup fruit preserves (strawberry is a popular choice, but you could also fill your doughnuts with a cream filling, chocolate, apricot preserves, apple-cinnamon filling...whatever suits your fancy) 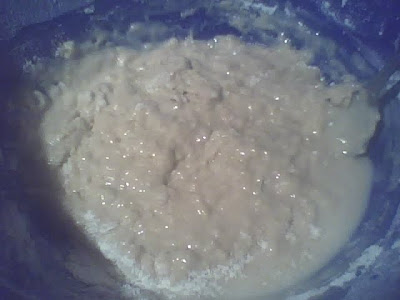 Next, add the two egg yolks and 1/2 tsp of vanilla extract.  Beat with an electric mixer on low to medium speed for 30 seconds, scraping the sides of the bowl constantly.  Beat on high speed for three minutes.  Stir in the remaining 2 cups of flour.  Turn dough out onto a lightly floured surface.  Knead in enough flour until the dough becomes soft and smooth. 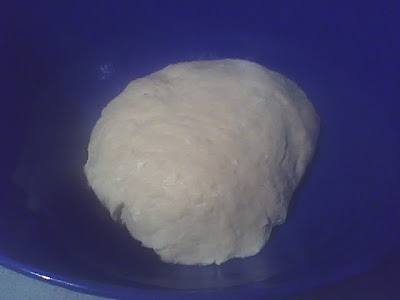 Place dough in a lightly greased bowl, turning once to grease the surface of the dough.  Cover bowl with a clean towel and place in a warm place to rise for one hour (until double in size).   Punch dough down, then turn out on a lightly floured surface.  Divide dough in half, cover and allow dough to rest for ten minutes.

Roll dough to a 1/4 inch thickness.  I used a small jar to cut the dough into 1-inch rounds. 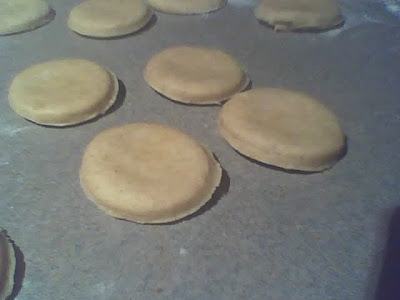 In my first attempt at making sufganiyot, I tried the "fill before frying" method. You'd place a 1/2 tsp of preserves onto one round, then place another round of dough on top and then seal the edges.  This method was a pain in the neck for me.  The doggone edges would not stay sealed!  To save yourself from a potential headache, fry the doughnuts first, then fill them.   Place the dough rounds on a cookie sheet, cover, and allow them to rise a little bit more (about 20-30 minutes). 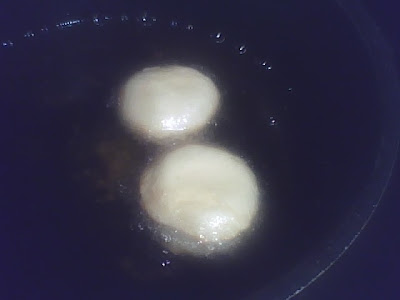 Deep fry the rounds (about two or three at a time) for about a minute or so on each side.  The temperature of your oil should be about 365°F. 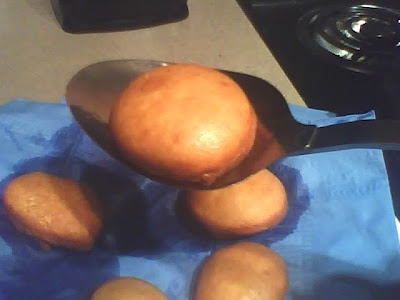 Remove the doughnuts from the oil with a slotted spoon and drain on paper towels.  Allow them to cool just a bit before filling.  Use a pastry bag fitted with filling tip to fill the little doughnuts with the preserves (or the filling of your choice).  Finally, roll the doughnuts in granulated or powdered sugar before serving. 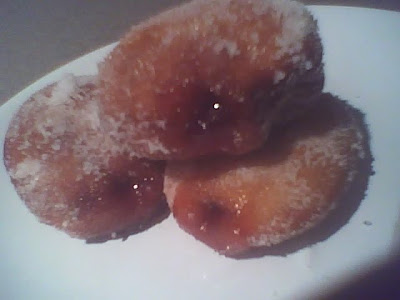 Bookmark this on Delicious

Posted by hopeless foodie at 1:16 AM