Bits And Pieces And Odds And Ends...

This is a sort of long overdue "catch all" post.  The job that barely pays the bills has been kickin' my butt lately, so I haven't been devoting as much time to blogging as I would like.  I definitely haven't been devoting as much time to cooking as I would like, but I plan to remedy that now that I have my first Saturday off in weeks!  I did have a couple of fun "foodie" outings before I was knee-deep in mandatory overtime, so I thought I'd do a bit of a "rewind". 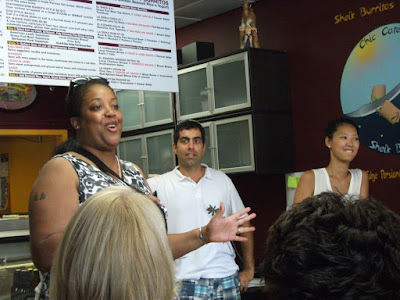 Let's "rewind" back to late June, when I finally had the opportunity to attend one of The Broke Socialite's popular foodie events.  The overwhelming success of her Sugar Coma tours spawned two offshoots, Freeze (a tour of ice cream, froyo and other frozen treats) and Graze (a tour featuring small bites).  I opted for the Graze tour.   While I do love a good cupcake or two, the whole idea of Graze was more my speed.

The Graze tour was loads of fun.  We were chauffeured to each tour stop in nice rides provided by Zipcar.  The car I was riding in was chauffeured by none other than the hubby of our tour hostess, Mr. TBS himself (who was fantastic-great guy)!  I also had the pleasure of hangin' with "Auntie" TBS for most of the tour.  Our first stop was the Sweet Auburn Curb Market, where we visited Grindhouse Killer Burgers and sampled a variety of tasty sliders and chocolate peanut butter shakes. 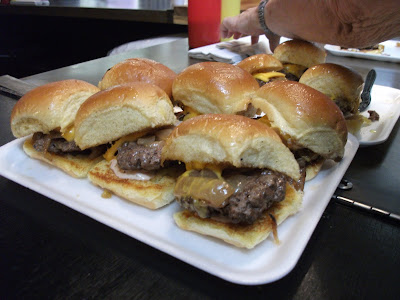 We also visited a new little Italian restaurant in the market that's right around the corner from Grindhouse, Ciao Bocca.  Ciao Bocca set out a great spread of light, delicious Italian fare (including a delicious hearts of palm salad that was to die for). 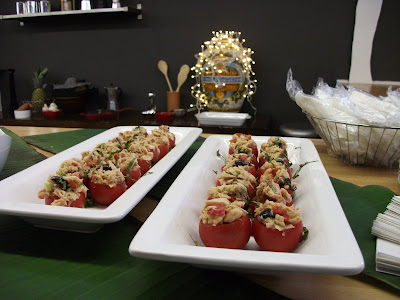 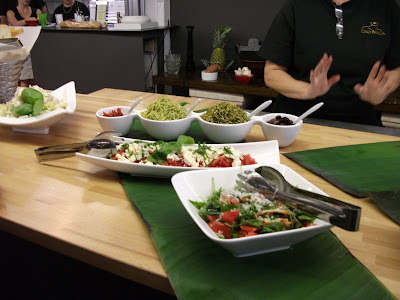 Next we visited Woody's Cheesesteaks, Sheik Burritos and Kabobs, the beautiful Mansion on Peachtree and Noon Midtown.  At Noon, Reggie the mixologist whipped up the most delicious strawberry, basil, lemon and lime cocktail-so good that I was thinking about it days later.  I haven't had a chance to yet, but I plan to attempt a reasonable facsimile at home. 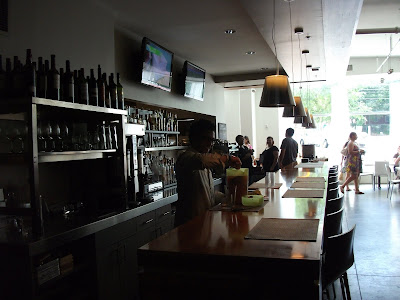 There were a couple of faves on the tour that I plan to pay a second visit to, but I'll keep those under wraps for now and will have more to add in a future post.   If you haven't done so before, I highly recommend that you take part in one of The Broke Socialite's future tours.  It's definitely a fun way to spend a Saturday morning or afternoon.  Check out her page here for upcoming events.

In late July, I had the pleasure of attending an "Eat Up" organized by one of my favorite local food bloggers Eat Buford Highway.  On this occasion we visited La Casona, a Colombian restaurant just off of Buford Hwy near I-285 in Doraville.  I finally had a chance to meet another blogger fave (Food Near Snellville) and it was also great to meet up with Emily from Ultra Foodie and the Poodle Revolution again.  The food was quite good, the prices very reasonable, and the portions were humongous!
I didn't think I could handle the Bandeja Paisa so I decided on a steak dish with creole sauce thinking that the portion wouldn't be so massive.  Wrong!  One thing is for sure, you won't leave hungry after a visit to La Casona. 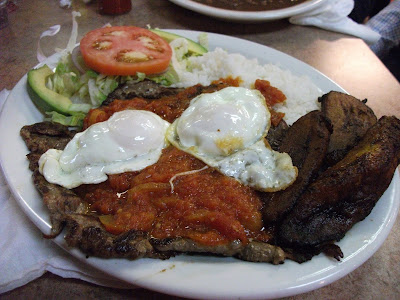 It's always fun to share a meal and chat with fellow "foodies".  Due to my work schedule it's something that I don't do as often as I would like, but I'm hoping that will be changing in the not too distant future.  Fingers (and toes) crossed!

Here's a slideshow of pics from The Broke Socialite's Graze Tour:

Posted by hopeless foodie at 10:51 PM